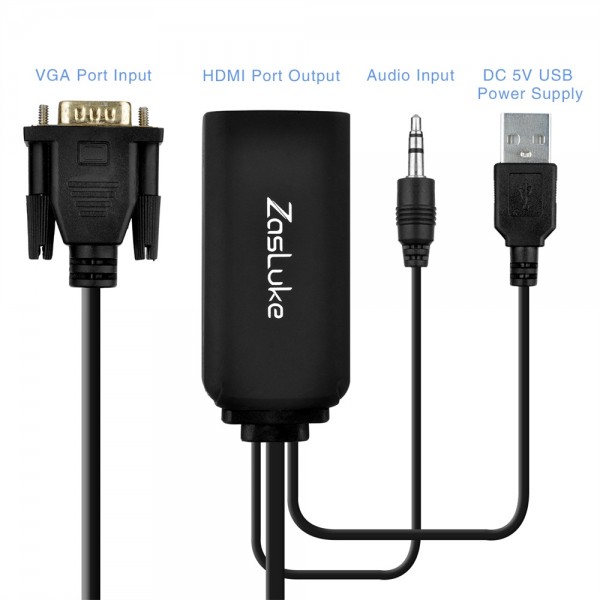 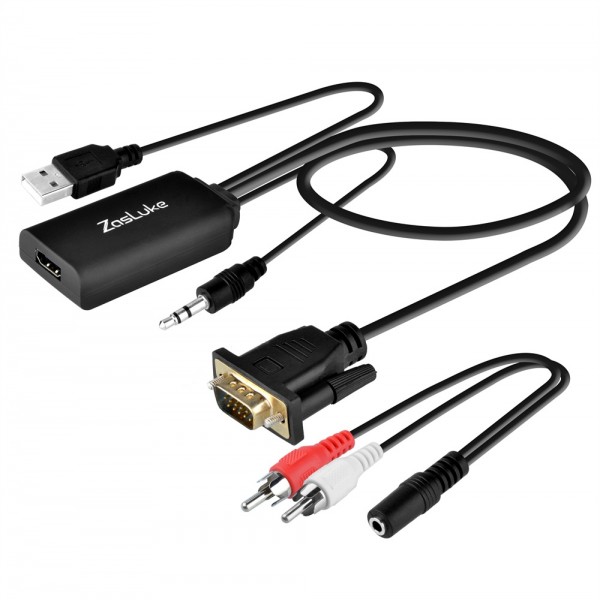 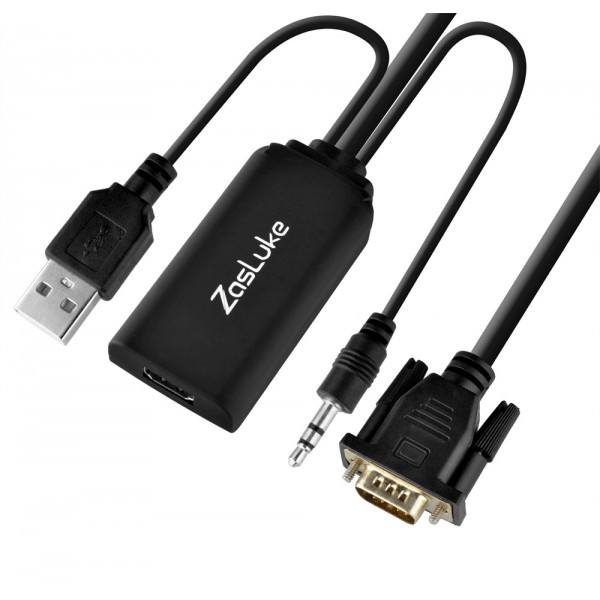 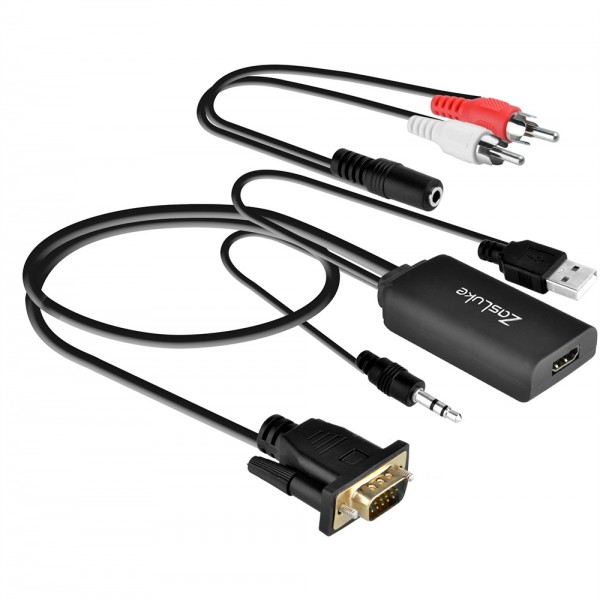 ZasLuke VGA to HDMI converter adapter is NOT bi-directional. It only converts from VGA( analog signal output such as desktop/laptop/HD TV-Box) to HDMI(digital signal input such as monitor, HDTV, projector)

This VGA to HDMI adapter connects a desktop, laptop or computer with 15 pin VGA port to an HDTV, monitor, display, or projector with HDMI input port

Works with PC, laptop, TV, TV-Box and other VGA output devices. HDMI port can be connected to projectors, HDTV, monitors/Displayer and other device with HDMI port

This ZasLuke VGA to HDMI Converter allows you to convert VGA output from Pcs and laptops to your HDTV. You only need connect both video and audio signals from your computer to your HDTV. Share your video/audio/data from computers or old-styled notebooks, desktops, laptops that has only VGA ports to any HDMI-equiped devices like HDTV, monitor, displayer for big screen view.

1. Insert the VGA interface into the computer or other devices with the VGA output

2. Plug the USB and audio connector cable into the related interfaces

3. Insert the other connector cable into the HDMI cable, and then connect the HDMI cable to the displayer and the projector device with the HDMI interface

4. Play the video, PPT and documentation, the image will display on the screen of the other display devices

5.This converter adapter is NOT bi-directional.It only converts from VGA( analog signal output such as desktop/laptop/HD TV-Box) to HDMI(digital signal input such as monitor, HDTV, projector)